Direct Video Streaming From The Chapel Of Apparitions 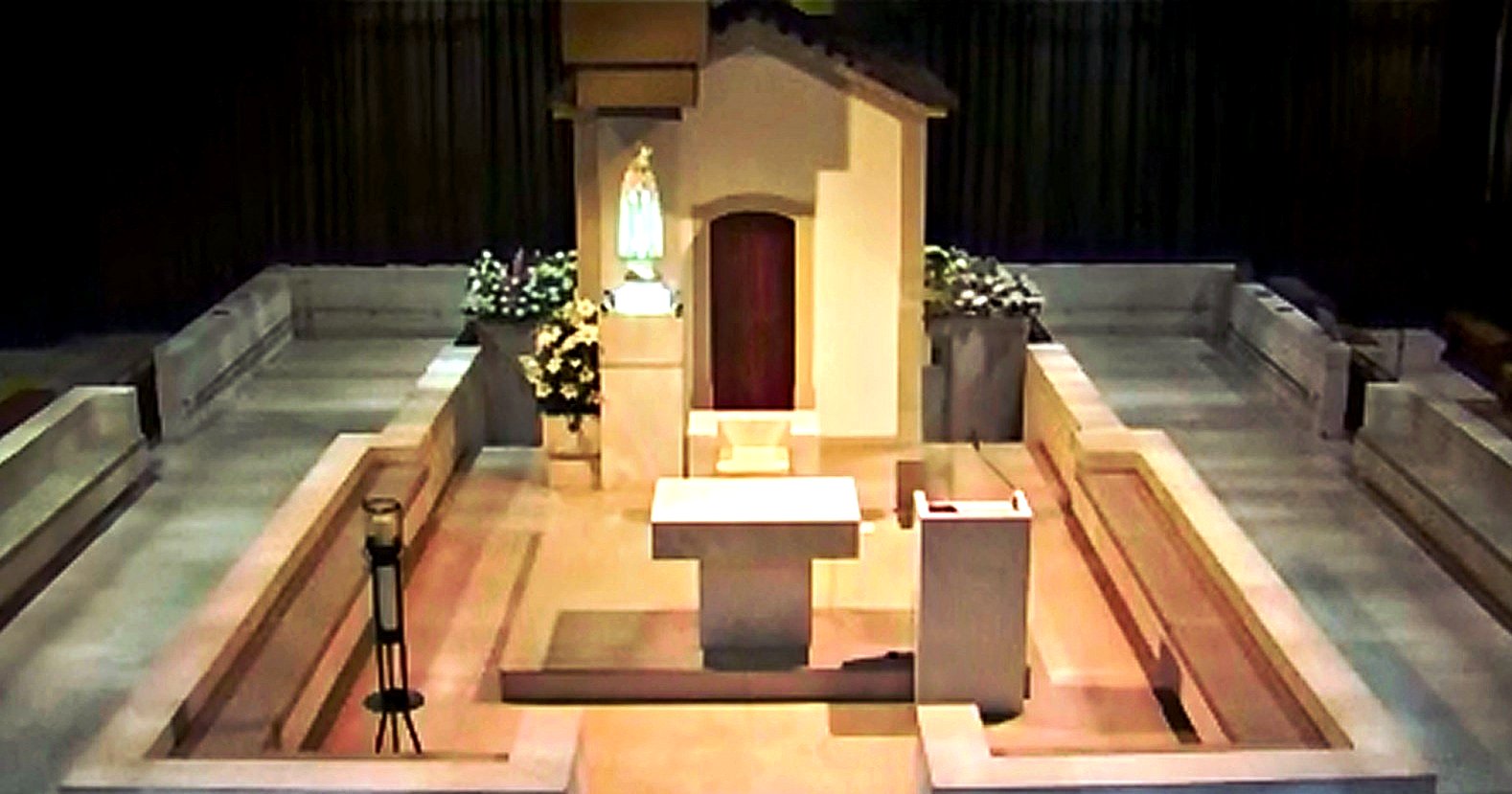 This is the actual site where Lucia, Jacinta, and Francisco had the visitations from the Lady Of The Rosary in 1917.  It is a live WEBCAM that is online twenty-four hours a day.  What is interesting though, is that you can watch all the services that take place at the Chapel Of Apparitions whenever you feel the urge.  Safe journeys to all the fans of The Fatima Project, wherever you may be.

Father Malachi Martin Speaks About The Third Secret Of Fatima 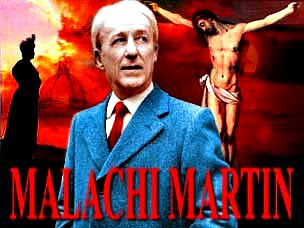 Posted by Gilbert at 8:59 PM No comments:

Strange Solar Phenomenon At Fatima Portugal On May 13, 2011 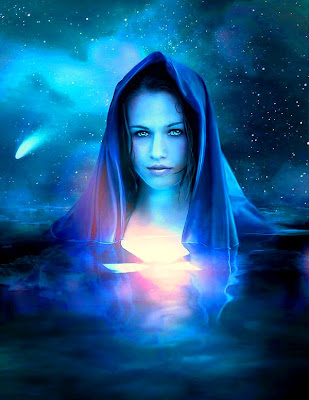 May 13, 2011, was the ninety-fourth anniversary of the apparitions at Fatima, Portugal.  Tens of thousands of pilgrims visited Fatima on that day to commemorate this occasion.  Quite unexpectedly though, they were inadvertently exposed to a strange visual effect involving the sun.  Here is how it was described by the Portuguese press.

"The emergence then of a halo around the sun with the colors of the rainbow caught the attention of the pilgrims, many of whom were touched by the event, and even called it a 'miracle', according to the Lusitanian media".

Technically this phenomenon is known as a "sun dog", and is not that unusual at all.  What makes this particular instance very interesting is the timing of it, that is, on an anniversary of the Fatima apparitions.  If you remember on October 13, 1917, over sixty thousand people witnessed "The Miracle Of The Sun" at Fatima, so this feels like an instance of collective  déjà vu.

I wish to thank my dear friend Kid Actors for bringing this story, and the accompanying video to my attention.  Safe journeys to all the fans of The Fatima Project, wherever you may be.

Posted by Gilbert at 6:09 PM No comments:

The Mystical Prayers Of Fatima 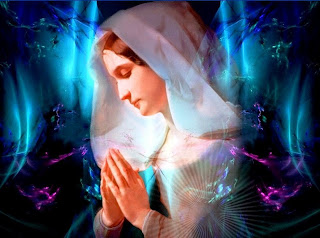 During one of the Fatima apparitions, the Lady Of The Rosary asked that this short prayer be said at the end of each decade of the rosary:

"O my Jesus, forgive us our sins. Save us from the fires of hell. Take all souls to heaven, and help especially those most in need of Your mercy."

It is not a well known fact, but St. Michael The Archangel appeared three times to the Fatima children.  To the children he seemed to be "a transparent young man of about fourteen or fifteen years of age, more brilliant than a crystal, penetrated by the rays of the sun, as Lucia describes it, or like snow that the sun shines through until it becomes crystalline.  And now they could see that he had the features like those of a human being, and was indescribably beautiful."  He told them to say this prayer:

"My God, I believe, I adore, I hope, and I love You!  I beg pardon of You for those who do not believe, do not adore, do not hope and do not love You!"

Safe journeys to all the fans of The Fatima Project, wherever you may be.
Posted by Gilbert at 7:38 AM No comments:

Our Lady Of Fatima 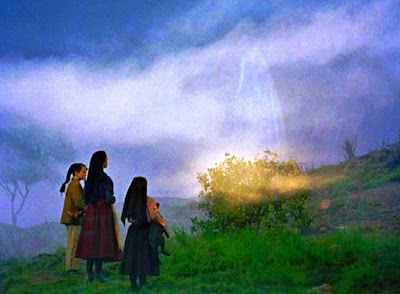 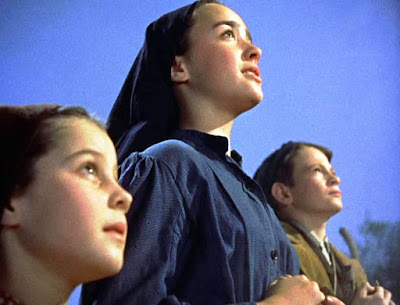 From 1916 to 1917, a series of mysterious events occurred at a small mountain village called Fatima, located in Portugal.  There are many different theories as to what actually took place there, but the general consensus is that it was nothing short of miraculous.  Even more amazing though is that the individuals in the center of these occurrences were three, humble, illiterate shepherd children, named  Lucia Abóbora, aged ten, and her cousins Francisco and Jacinta Marto, aged nine and seven respectively.  They were chosen by a celestial entity to be major players in an otherworldly adventure.  It was a very unlikely trio, but historically, angelic, and other heavenly emissaries, have often chosen children to be the recipients of visions, and prophecies.  Was this actually an encounter with an extraterrestrial entity?  In this edition of The Fatima Project, I am presenting a brief introduction to the Fatima enigma.  In 1952, the film "The Miracle Of Our Lady Of Fatima" was released.  Even though the movie itself was flawed, it managed to popularize the Fatima apparitions in ways that the media of the time were not able to do.  The movie contains, among other things, many factual errors.  There is a major mistake right at the very beginning of the film, when the narrator says "Here is Fatima on Sunday, May 15, 1917".  Well, in reality, the correct date was actually May 13, 1917.  Also, this was not the first apparition as the movie seemed to imply.  The apparitions actually began during the month of  April, 1915.   Errors aside, and viewed as a devotional tool, the movie served its purpose though.  Please click on the video widget below to watch a scene from"The Miracle Of Our Lady Of Fatima".  It stars Susan Whitney as Lucia, Sammy Ogg as Francisco, and Sherry Jackson as Jacinta.  Safe journeys to all the fans of The Fatima Project, wherever you may be. 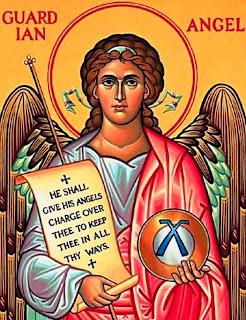 
Safe journeys to all the fans of The Fatima Project, wherever you may be.
Posted by Gilbert at 5:35 PM No comments:

Heaven Is For Real - An Inspiring True Story 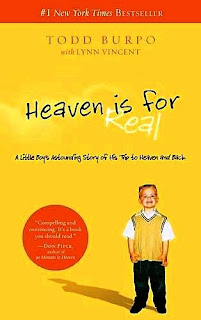 "Heaven Is For Real" is the incredible journey of Colton Burpo, and his visit to Heaven.  Colton's story is compelling, powerful and has important life messages for all of us.  I have to admit that this book brought tears to my eyes, it is that emotional in its content.  Todd, his father, took a great risk is publishing this story as he is a Christian minister, and he left himself open to all kinds of criticisms because of the nature of "Heaven Is For Real".  Actually Todd has nothing to worry about as it is a best seller, and has been accepted by many in the Christian community.  There is one incident portrayed in the book that made me smile.  The angels sang to Colton because he was scared when he first entered Heaven.  They sang all of the old-time Christian classics, then they asked Colton if he had any request and he responded with "We Will Rock You" a song made popular by Queen.  The angels declined to sing that one.  Please click on this link to purchase "Heaven Is For Real" from Amazon.com:  Heaven is for Real: A Little Boy's Astounding Story of His Trip to Heaven and Back

Please click on the video widget below to watch an incredible interview with Colton Burpo and his family.  Safe journeys to all the fans of The Fatima Project, wherever you may be.

Posted by Gilbert at 3:02 AM No comments:

Friends Of The Fatima Project

Gilbert
I was born and raised in Hawaii. I graduated from the University of Hawaii, at Manoa, with two degrees, a Bachelor of Education and a Master of Education. I have a Black Belt in Kendo.

The Fatima Project's Most Popular Posts